Imagine getting a full night’s sleep at an airport hotel, despite dozens of planes flying overhead in the early morning hours, or being able to hear dinner conversation easily while airplanes take off at regular intervals. That’s what the team behind the new TWA Hotel at John F. Kennedy International Airport in New York are working to achieve through the use of acoustical glazing.

Glazing installation has been completed on the project’s north tower, and the glazing that began on the south tower in April is expected to be completed by the end of May 2018.

The project includes 78,000 square feet of unitized curtainwall manufactured by Fabbrica. Each unit weighs up to 1,700 pounds and is 4 feet 4 inches wide by 9 feet 8 inches tall. There are a total of 2,055 curtainwall units that make up the north and south hotels. The vision glass, supplied by Germany-based Interpane, is 4-5/16 inches thick. Each vision glass unit weighs 1,300 pounds.

According to Alberto De Gobbi, president, and CEO of Fabbrica, the triple-laminated insulating glass is made up of six layers of low-iron glass plus one layer of Planibel grey glass and two argon-filled air spacers. Each vision curtainwall unit holds one lite of glass to make it a true vision unit with no spandrel area.

According to De Gobbi, the curtain-wall framing is filled with a combination of 14-gauge steel, mass-loaded vinyl, and fiberglass insulation to minimize acoustic loss. During the acoustic system testing at Intertek-York, Pa., Fabbrica tested numerous methods for the acoustic improvements necessary to achieve the optimal result. 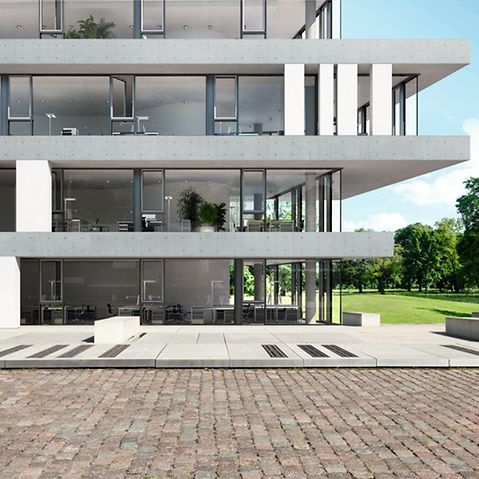 The building’s airside elevations are adjacent to the JetBlue arrivals in terminal five. As a result, logistics plans were developed during the tender stage by Fabbrica and coordinated closely with Turner.

According to Yago Martinez, the business development manager of North America at Interpane, the initial rejection rate was slightly higher than normal because of the outboard triple-laminated pane.

“The issue with this glass was that it was too thick to coat after lamination, so we had to coat the first one of the lites, and laminate afterward. Soft coatings are quite sensible, and humidity in the autoclave is relatively high, so it’s a very delicate process,” says Martinez. “Overall it was a very successful process with an average rejection rate of around 1 per-cent, which is exceptional considering how complex the glass is. ” 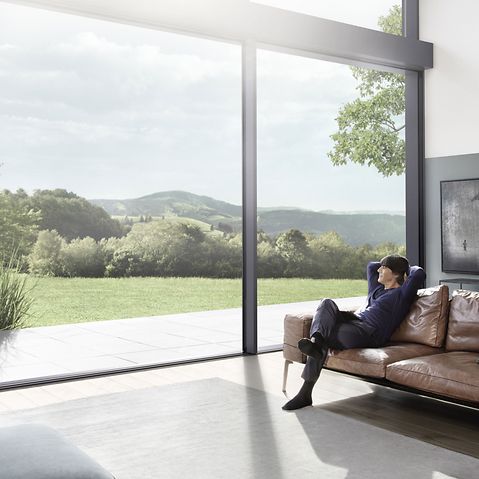 Once complete in early 2019, the TWA Hotel will preserve Eero Saarinen’s iconic TWA Flight Center, reusing the terminal as a hotel with 505 guestrooms, 50,000 square feet of meeting and event space, and a variety of consumer retail and dining options. The two low-rise hotel structures are designed to defer to the historic landmark by being set back on either side of the terminal. Saarinen’s TWA Flight Center terminal building will serve as the hotel lobby with 200,000 square feet of space.